What the law of attraction means? The Law of Attraction simply states that like attracts like. Thoughts by using the power of the mind can turn into reality. Sorry to say how far away is that from being true. Why? Simply because the mind is made to facilitate and sustain reality. So does it mean that mind has nothing to do with reality? No, it’s not true either. Mental thoughts are mental projections into let’s say space at a given time. Mind makes thousands of thoughts per day. But rarely they come true at a predictable time span. They may come true or they may not come true. Who knows? The Law of Attraction is considered the biggest utopia or misunderstanding of all time. Gurus all over the world used it to give hope to people who are desperate for their well-being and success of all kind. It rather consists of an obsession of their own vanity.

It pretends that gives people the needed hope and the courage to go on with their lives and break the vicious cycle of the undesirable unknown future with all the feelings that derive from it, such fear, worry, negativity and so on. They even recall science, quantum physics to give reason and proof to the power of mind in the creation of reality. A mind is a remarkable tool that is mainly unexplored up to nowadays. The secret is not a secret anymore. It has become an enigma. That means that every trial to decode the secrets of the mind, it broadens the gap of our knowledge against ignorance. They talk about enlightenment tools to be used such as best practices or they even recall ‘karma’ and all sort of things in order to reinforce a false state of manifestation and reality. The only thing that they are able to do for sure is to hold someone accountable or even responsible for his own life condition creating feelings of alienation and guilt about decisions that never made, lost opportunities and all sort of misery and misfortune.

Sorry to say that the law of attraction has finally become the epitome of distraction. It points to a wrong way and has been obsolete by the results that never came. Life is something more complicated than the law of attraction claims but more simple than it tries to prove that it is. Confusing isn’t it. Not really. The manifestation of reality has certain rules. They apply to everyday life but Divine has its own rules that human minds are difficult to unlock. The reason is that mind plays tricks. Mind in its core essence is another human body organ with its great strengths and weaknesses. It’s limitations. Mind facilitates what perceives as valuable and aborts what it considers as a threat to its existence.

So it creates its own scenario of a possible (preferable) manifestation of reality on the mental field. They are unmanifested thoughts, wants and desires but also fears, doubts, agony and all sort of positive and negative thoughts derived from the opposite feelings. Positive feelings create daydreaming for love, soulmates, money, well-being and all sorts of good luck, abundance and so on. Reality is another thing altogether. Reality is the manifestation of dreams that come true. But they do not come true most of the time for many people. Why? Love is the missing key. Divine love is universal. It caters, underpins and sustains every entity and every being that surrounds us inside our universe. This is the real essence of reality. 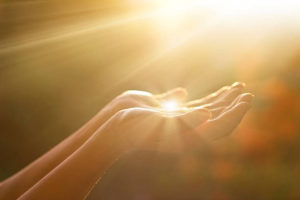 On the other hand, love is the most misused or misunderstood word ever. People are unable to understand that love is actually light, is pure energy that can not be seen but is felt in various ways. It could take countless hours to describe love only because there is no human word to define It. Divine love is something that human minds can only reflect about. It can not be seen. However, it gives direction as it is the real magnet that attracts someone to its own and unique destiny and not the other way around. Now it is easy to realize why the law of attraction is a halfway true and halfway wrong. It doesn’t work because it misses fundamental parts of reality manifestation.

The Love Law Of Attraction Secret

Now that we know that the secret is not a secret anymore how to turn it to someone’s advantage? Is there a practical use of the secret of law of attraction? Yes and no at the same time. Yes because it is possible and happens and no because is not magic to happen instantly. Not at least at its initial stage. It’s actually a procedure that needs much more effort and time to succeed and give results. Inside the new context of manifestation of reality, awareness and self-acceptance play a major role. No one can change reality by intervening directly to it. It happens as someone turns inside and listens to his heart. What the heart dictates the mind should follow. Not the opposite. The law of attraction is an outdated theory that never came true. If for some people worked it is because of coincidence. Yes, this is finally the secret. Coincidence is another term for reality. Life is full of them but an unsuspecting mind that is unaware will never know. It happens all the time but unintentionally. Now it is a big chance for someone to do it intentionally. Mind spirit through love makes possible every real desire come true. It is the only real cause and effect at the same time. The Love Law Of Attraction Secret! The Law of Heart – Mind Coinside!. This is the law of manifestation that It is known in our earthy terms, as a Synchronicity!.

New Use – The Love Law Of Attraction Secret 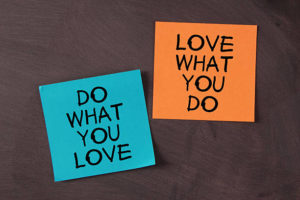 So give your self a new beginning. Now you know what makes your reality. Listen to your most hidden desires that lay down deep inside your heart. They are what they really make you feel content and happy. Follow your intuition. Cultivate day by day your new discovery. Use your intuition. These are the real motives that make you go on and make everything possible. Be yourself not someone else you thought that wanted to be. Close your ears to sirens. Forget for a while your egoism. Look at the Divine signals sent to you. Follow coincidences in your life. Watch them. Look for the hidden reasons behind them. Try to uncover their true meanings into your life. They are actually omens or signs that you are on the right path. They are the building stones of your own unique destiny. They are going to lead you where your true essence wants you to be. To the top of what you ever thought possible that you wanted or needed to be. To the best of you. The Greatest. Now it is time to celebrate your personal Glory. You deserve it! Celebrate your new self. YOURSELF!