There are two ways of thinking: Active and Passive.

There are two complementary (and not opposite) forces. One is the electric force 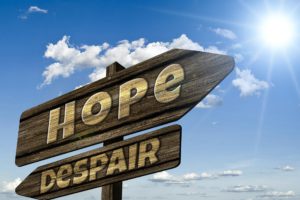 Spirit, Soul and Physical through a conscious mind.

Gradually souls acquire experience through mind and imagination. The purpose is the complete unity between human and divine.

Free Will is to discover the road to higher knowledge.

Cognitive Intelligence (CI) as a mental capacity to reason, plan and solve simple or complex problems to learn and experience. To acquire skills as academic or practical personal skills.

The main scope is to comprehend surroundings to make sense or to figure out how to make things right.

Emotional intelligence (EI) as an ability to understand and manage feelings and emotions one’s own or others to discriminate and use this information in order to have the desired results on the outer world through thinking and actions (competencies are self-awareness, self-realization, motivation, empathy, unconditional caring or love, valuing honesty and ethics and social skills). They perceive emotions to facilitate thoughts and manage emotions.

It is a cognitive intelligence. A conscious trial to manage negativity or frustration and turn them into positive feelings. It concerns a shift of the state of the mind of fear and doubt to the state of mind of love and acceptance. 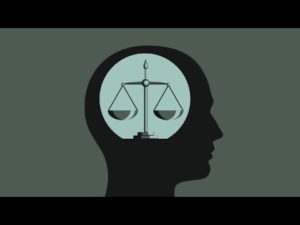 to process information in an orderly prescribed manner.

Linear thinking is considered as active thinking and requires a great expenditure of energy that can lead to exhaustion.

EI is more related to the present in order to identify and manage emotions at the moment. Passion and empathy come from the mind and not from the heart.

Common sense concerns the belief system of trues of a person or society in order to decide between true or false through critical thinking.

The aim is to diminish fear with discipline, to handle stress and to care without conditions.

The underpinning way of thinking is critical, abstract, divergent or converged thinking.

Associative or passive thinking refers to a chain of thoughts that are linked together by an understandable connection.

Thinking is an activity and truth is the result of thinking and reality.

This type of thinking is one or two dimensional (thought or lines of thoughts) but the reality is multi-dimensional (three to four-dimensional). Thinking at best can give the truth but reality contains more than one truths. Rational thinking leads to the irrational reality.

The underpinning way of thinking is holistic (nonlinear). Refers to the
ability to see and recognize the greater picture and the various
contributing factors expanding thoughts to multiple directions and
understand the system by sensing the various patterns.

This way of thinking refers to archetypal thoughts that are not connected
to the previous thoughts. They seem that they come from outside.

Love is a connection to the only one and 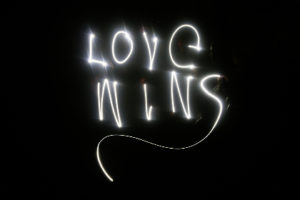 main source. Doubt, assumption or fear derive from the absence of love and they are the disruption of the wholeness. A split of the whole to two identical parts. Love is zero doubt or fear is one.

The positive force initiates while the polar negative force receives nourishes and eject. The stages of thought are perception, reflection, and decision or opinion.

Knowledge is the realization of a fact. We know something to be a true belief.

Belief System develops through intelligence and culture and every doubt or assumption is a disruption of the belief system as a chance for growth. From negative to positive emotions and feelings.

Change Your Way Of Thinking

Reality is a sequence of true beliefs experienced in unlimited ways.

How it comes to a three or fourth-dimensional reality from one or two-dimensional thinking? Through duality. Duality by reflecting thoughts. As we saw earlier EI is supported by a belief system based on either true or false. But a linear way of thinking is either one or two dimensional. How it comes to create in the three or fourth dimensions?. Simply by comparing linear thinking as a basis against itself. Critical thinking is the result (also analytical and other types of derivative thinking as well).

How? Truth against the truth. True or not true (equals false). The mind can not conceive or perceive the term false. It can only perceive true or not true. It is created this way. The trigger and the main source capability of the mind are to deny or to doubt everything.

reality. The universe is a hologram. Mind divides (by reflecting) this hologram into two identical holograms. One by active way of thinking (positive). And the reflection of it (negative). Then makes a logical choice. Either one choice always holds to be true. But the choice always comes from a passive way of thinking that in turn is sustained by negative forces (negative).

Thinking and Understanding are actually both forms of perception.

Now, the mind makes a trick. It puts effect before cause and action. There is no true or false. They are reflections of thoughts of true beliefs. Knowledge derives from facts. From reality. From Matter. Experience derives from knowledge. But actually, there is no matter. The matter is a cognitive illusion. So what there exists is only the experience based on (imaginary) beliefs or ideas hold to be true. Reality and matter become a psychological state where holds always beliefs to be true.

Different approaches to this knowledge through science and philosophical or theological 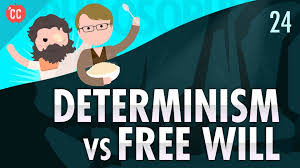 knowledge lead to the same destination. A point of merger. Free will, determinism, and predestination refer to the experience someone chooses in order to return to the source.

Reality and matter is a psychological state that holds always beliefs to be true.

Free will by definition refers to a choice. A choice is also a form of perception.  The whole procedure of thinking and understanding happens through passive thinking sustained by negative forces. Then free will becomes a psychological mechanism with its main purpose to turn negative feelings derived by those forces into positive ones. In this way life’s main purpose becomes a psychological matter of managing emotions and feelings.

This psychological state makes reality as an expression of someone’s personality. Past experiences create current experiences through predestination using different personalities and the illusion of free will (it’s only a mechanism).

In this way, the system continuously adjusts itself against an equilibrium, a state of balance between hope and despair, action and reaction, cause and effect. The effect has to justify the cause in order to be considered as a success, correct or true. That, in turn, modifies future behavioral patterns under different circumstances and gives the impression of a flow, a path or a destiny.

The dilemma or doubt always leads to the existence or not of something. Whatever holds to be true comes to existence. In this way time (future) comes into play. Time is an illusion. It is only a cognitive procedure between active and passive thinking and a matter of perception, reflection, decision, and knowledge.

Conscious mind refers to personality or character. The special combination of qualities in a person. A thirst for knowledge. Vice is ignorance, Virtue is knowledge (Socrates 469 – 399 b.c.e). Different personalities through conscious minds lead to the soul’s entire personality and to the shift in consciousness.

We actually live and experience reality because we believe that is Real!. Doubt

creates existence and faith makes the living experience behind this existence that we simply call LIFE!

So it doesn’t matter the choice itself. It only matters the experience through the opposite feelings perceived behind these choices. No matter what rational or irrational thinking used or choice made the result will always be the same. A given or fixed destiny based on duality through the underpinning set of values of the belief system of trues.

The mind then always conceives whatever holds to be true from the source as a three-dimensional reality even though has the wrong idea that it creates this reality. In this way, self-awareness, self-realization, and motivation are the cause and at the same time the effect of this procedure.

In this era of duality, every thought in order to come to someone’s mind has to appear with its opposite thought. Otherwise will not be perceived by the mind. In this way, it doesn’t matter whatever someone decides or feels as reality is predestined to happen. It doesn’t matter the trip or the destination but the experience derived from this trip. Brilliant!.

Thus Humanity’s ultimate purpose of existence becomes the restoration of the harmony of the universe back to a healthy state of unity and wholeness through the diminishing of duality. As you realize there is no right or wrong, good or bad, positive or negative. They become mental – phycological conditions and life’s challenges. Humans become the cleaners of this excess and misleading duality throughout the universe with pleasures and delights as an exchange for their services!.

You can not alter directly reality. However, you can consciously alter gradually the belief system 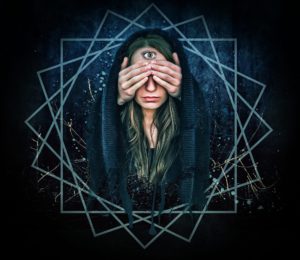 and the underpinning set of values that are interconnected with one another and sustain this system and reality. A conscious shift from active to a passive way of thinking. From intuition to insight. From assumptions and doubt to faith and knowing. From rational to irrational way of thinking.

Every human desires happiness. Do not be afraid of life’s challenges. They are necessary for changes to appear. Then get away from the scene. Forget quarrels and fights all over around. Look at the real motives behind them. Become the watcher.  Look at things realistically. Change the way you act and react. By changing in the way you look at things you will gradually change the way you think and behave. Then you will become a new person. A new personality will make things easier. Reality will alter as a result. Gradually the purpose of existence becomes the meaning of life. Then you don’t have to explore the “How’s” of life anymore.  Because you already know the Answer!. Not only to exist but also to consciously be present, here and now!

A shift of consciousness is actually a shift in the psychological state, a shift in 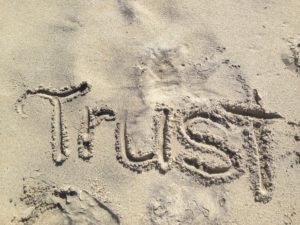 personality. It’s all a play. An act. You are the director and the performer at the same time. It’s up to you to change the costume and roles and become the person that destiny calls you to be. To play your true character.  Your higher self. Then let destiny bring you where you always was supposed to be. To your Heaven here on earth full of Joy and Happiness!