Everything starts from a state of mind of love. Divine Love is the main feeling of connection with one and Main Source. The mind can not recognize its existence directly. It has to give a reason for its existence. Thus even though it consists more of an emotional condition it shifts to a cognitive condition because for the mind in order for something to come to existence it has to come with its opposite non-existence.

initiates the procedure of the creation of our reality as we experience it through duality. The cognitive condition of the non-existence of love leads finally to action and then to an opposite and equal reaction (Like in the matter as an interaction pair of forces of action and reaction – Newton’s third law).

The cognitive condition is what someone 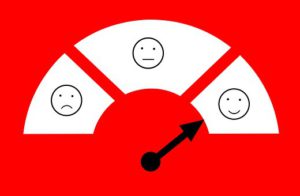 Bliss refers to a state of mind of supreme awareness and gratitude through self-contentment. Happiness refers to an ephemeral satisfaction while bliss is a permanent state. 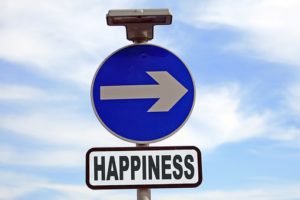 condition tends to expand sooner than the opposite emotional one. As a consequence matter accelerates without the opposite increase of bliss. The system shifts gradually towards imbalance. However when the action comes from a state of mind of love and acceptance then matter diminishes its acceleration with an opposite increase of bliss. Gradually the system tends to shift towards balance.

As a result whenever despair and misfortune are greater than bliss then there is an opposite decrease in happiness and a rise to unhappiness and misfortune. As you probably realize even though we are all created as the children of bliss through love and acceptance, we’ re constantly looking after for more and more ephemeral satisfaction in order to experience happiness.

The matter is a cognitive illusion caused by duality. When anticipated reality coincides with the actual reality the system is in balance (which 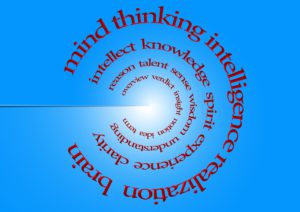 rarely happens). When the emotional conditions (actual reality) varies than cognitive conditions (anticipated reality) it leads to further action as a reaction and so on. Actually, the system is out of balance constantly. It consists of a loop that is actually what life is all about.

What we actually are is the density of your emotions. Life is constant handling of emotions. What people actually strive for is not for knowledge nor for happiness but for bliss. Bliss is the prize behind any action. A gradual increase in the density of bliss will lead to the third state of mind that of bliss as an ultimate goal. This consists of a psychological state of mind.

The end cause of the procedure is for the mind to shift to a new state of bliss which now becomes a new psychological state of existence. Every action through the interference of the feelings will finally lead to an opposite and equal reaction. Reactions are emotions. 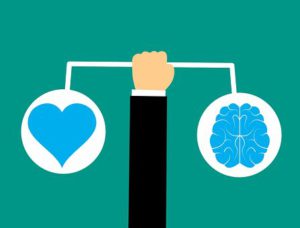 state of bliss. When a cognition coincides with the psychological state (that is how finally is perceived) then balance comes to the system. Bliss finally becomes a state of being while love has the ability to take action. Love (or its non-existence – fear) is action, emotions are reactions or manifestation. Bliss is inaction. When someone lives under a state of bliss there is no more reaction as fear, anger, hesitation or despair. The mind should be quiet at this stage. But it’s not! The reason is as follows.

The main reason is that bliss is conceived by the mind as ignorance! There are different layers of presence depending on different contributing factors. These contributing factors are cognitive, emotional and psychological factors. Psychological factors such as distress and depressive mood caused by the opposite emotional stress can reverse affect both cellular and immune function and status. Those factors are interrelated and can influence cognition. Factors, in turn, is likely to be interpreted egocentrically and can cause beliefs to diverge rather than to converge. For the mind, there is no only one obvious interpretation. In this way, bliss is interpreted by the mind as ignorance. This consists of a vicious cycle when it happens unconsciously.

That makes duality possible as cognitive emotional and behavioral factors 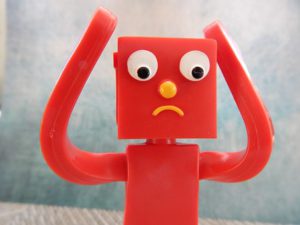 make someone feel confused. That is what duality is all about. Those cognitive or emotional factors then become or they are derived from psychological patterns. So life becomes a behavioral pattern of existence that is actually perceived through the opposite emotional and cognitive factors. Thus life has to do with the facets of the personality of someone. Life is psychology and psychological patterns make living possible.

You are what emotions dictate and the way you react to these emotions. On the other end, you are what your personality dictates. Personality affects the way someone reacts. Actual reality becomes the proliferation of your own personality and vice-versa. You actually reside inside the main source. That is where your true essence or your soul resides. You’ re not aware of it because of ignorance (bliss) caused by or because of duality. Duality makes you go blind.

The constant search for bliss and contentment brings a simple, artless, tranquil earthly happiness. Peace and comfort. Now that you realize it you can consciously shift your patterns of thinking and then the derived emotional patterns of reaction through better control. This sifts, in turn, will gradually lead to a psychological sift and to a higher state of mind and existence. A rise in consciousness.

How? Force the simplicity and natural thinking and feeling. This is all you 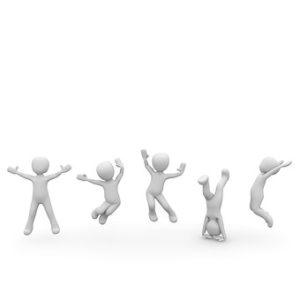 need. Just release it and let it happen. Consciously. On its own way. Act. Do not react. Be proactive. Know that you can not intervene directly to mind and impose your own terms to the outside world. But you can intervene in your inner world by handling emotions and reaction to the various circumstances. This is the way to go. Gradually patterns of action-reaction will change. Density will lessen. Results will come sooner and easier. Have faith. Have faith in yourself and your choices. Notice that choices are actually facets of you. Your own personality. They can’t be wrong! Be optimistic. Then gradually you will shift from a state of mind of fear and ignorance to a state of mind of knowing, safety and peace. This is a chance to succeed. But still, realize you’ll have a lot more to work on. Simply because life is not only for striving but for Living!.