Consciousness is the direct perception that someone has about himself for his psychic actions (perception, thoughts, desires), which emanate from him and which with their appeal return to him. This is no metaphysics. They follow natural laws proven by science and technology.

Altered State Consciousness or Awareness is a new state of mind which differs significantly from a previous normal state one. It’s caused by various environmental issues or factors as a reaction to them. Those factors can be internal or external mental or physical. They can be recognized by the individual as a subjective experience. Actually, life goes on and people change. Changes are present on different levels of someone’s life as a direct perception through feelings, thoughts, and desires (consciously and not unconsciously).

Here we will examine Altered State Consciousness that are mainly included in spiritual experience, learning, insight, mental and emotional development and understanding (such as reality manifestation). Also, emotions influence someone’s behavior that in turn alters the state of consciousness and they can be influenced by various stimuli.

Reality is a matrix an image of reality as our physiology can perceive. Inside the universe, there are no shapes, smells or flavors there is only a sea of energy that exists in unity. All that exists is an ocean of energy. Reality is created through the eyes within the brain. Reality does not really exist. It is created through the sensations allowed by our physiology. We ourselves are actually images of such a reality. The universe is a wholeness which cannot be divided.

The matter is the bending of space-time that human senses perceive as density. This density increases until is lost by the senses. The curvature of the earth is due to this phenomenon. The matter is a curved time-space to the fourth dimension. Life is due to this from start to finish. The healthy state of someone’s life depends on the fraction of the energy increase (nominator) to the energy consumption (denominator) in order to remain constant.

Manifest your Dreams into Reality

Images are ideas. Individuality can be lost, but space is not. Evidence that there is no death. The physiology of a man is like a supercomputer. The brain is a powerful processor that creates reality. It moves matter only through thinking. Information can be sent like telepathy to someone in a long-distance without losing its density.

Fear is created by the existence of needs or necessities. Lack of love also leads to fear and not hate as many people think. Doubt is a byproduct of fear. Therefore, the shortage of love leads to the existence of doubt and fear. However, the enhancement of love leads to the diminishing of fear and the installation of peace. Doubt and fear are due to the lack of faith. Love and faith go hand by hand. They are mutually reinforcing each other. The empowerment of faith leads to the empowerment of love. Concentration trough love leads to an increase in energy density as a result. This, in turn, leads to a further rise in Consciousness.

Now the energy level (the nominator of the fraction) remains stable in the short term. The denominator concerns the continuous manifestation of reality on the 4-dimensional plane. It’s an ongoing procedure. We’re actually in a period of a continuous expansion of the universe. When the denominator tends to the infinitive the fraction tends to zero (given that the nominator – energy level remains stable). As a result, there is great turbulence to multiple levels of someone’s state of health (mental – emotional – physical).

There is no time. Time is an illusion. The human brain is unable to perceive the 4 dimensions of matter. Feelings are the effects through perceptions of the six (and not five) senses. Reactions to the feelings are the emotions. Love is actually the main feeling of connection to the only one and main source. All other feelings derive from love and through love. On the other side of love, there exists the opposite feeling of fear. They are both actually something more than simple feelings. They are states of mind. The mind is a hologram. The universe is a hologram. Every other feeling and the subsequent emotions lie in between those two diverse mind states. This is what mind perceives as DUALITY!.

Duality means double of something or an increase by two. Emotions are in some way reactions to someone’s environment. Reactions that derive from a love state of mind are considered positive. Those that derive from a state of fear are considered negative. Every other emotion comes in between or is neutral. As we already saw feelings are perceptions. As a result, the reality is perceived.

Emotions are actually reactions as responses to a belief system. Feelings are perceptions of who you are, your consciousness, your soul and they are subjective. They are influenced by personal experience, beliefs, and memories. According to the above state of mind there comes and the perceived reality. Reality is also subjective. Mass exists yes but definitely there is no matter.

Having No Expectations: The Secret to Freedom and Happiness

Feelings can change through a change in consciousness, belief system etc. This change can only occur through a change to emotions and not to the other way around. Changing consciously in the way someone reacts against the perceived feelings will lead to a gradual shift in consciousness and the subsequent belief system. Balancing the emotional state through a positive way of thinking becomes fundamental. By being true to yourself through a thoughtful action and not reaction and having no expectations suppressed emotions will diminish themselves. Nothing to wait, nothing to aspire. Only freedom and happiness!.

In order for the human mind to further change the way it reacts and maintain its mental – emotional – physical state of health in good shape, it has to trigger an increase in consciousness through an increase of the sixth sense. Insight or foresight. An increase in foresight (that is the direct knowledge without the intervention of reason) will both reduce ambiguity, doubt, and fear and at the same time will give rise to faith and love. When fear diminishes love will fill the void. It is that simple!.

So, there is not any real threat to be afraid of. It is only a part of the procedure. They are shadows of a continuous alteration of scenes at a given (perceived) time period of someone’s life. Without them, change cannot appear. They consist the beautiful moments of Divine reality manifestation on your own pace and terms through SYNCHRONICITY. Accept and welcome them without judgment as omens that you’re actually on the right track. You can not separate dark from daylight but you can still enjoy the beautiful delights they have to offer. 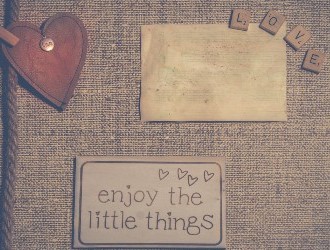 that destiny has in store for you. No human words can really capture their greatness. You only have to accept them. Then divine will give your always more and more because Life is not only for LIVING as a LEARNING EXPERIENCE but also for ENJOYING!